The Via Dinarica is a rather new trail and it shows. In some parts there will be a lot of bushwhacking at times and finding the trail will require some kind of GPS navigation. On the upside, you will go trough some rather wild areas for European standards. We did the section from Northern Croatia until Paklenica National Park (close to Zadar) during July 2017. Altough you might expect that it would be too hot it's actually bearable since you will be walking mostly on 1000+ meters and quite often have the shade of trees. Here I will not provide a full account of our hike but just some useful tips, weblinks and a bunch of pictures. There are a few blogs with complete day to day accounts if you're interested, but careful for spoilers!
In the north expect rather heavy winds when the Bora wind blows (https://en.wikipedia.org/wiki/Bora_(wind)) . Forested areas will provide nice shelter tough. It can get rather cold even in mid-summer!
Finally, don't underestimate the Velebit, although it's a rather low mountain range the weather can shift easily due its location next to the sea. Just be prepared for it :)

I recommend using outdooractive on your smartphone (purchase the app so you can store maps offline). I used the open source background maps from http://freizeitkarte-osm.de/garmin/en/more-countries.html
There is also this link: http://garmin.openstreetmap.nl/
The gpx trail you will find on the official via Dinarica website (it's also included in outdooractive). The benefit of outdooractive is that it contains useful comments for each section from the few hikers that already did the trail.
A GPS is quite useful to save the batteries of your phone. It's also more precise as you can zoom in more than on your smartphone I found.
Additionally I used MAPS.ME to have an overview of alternative trails which is useful since there is at least one section in the north that ends up in the middle of a private property (you actually end up at someone's swimming pool) which you will want to avoid with an alternative path.
In Croatia you will have free roaming and access to internet. However internet seems to work only when you're on the seaside of the mountains, thus do not rely on it too much.
Make sure you have extra batteries, enough for 3-4 days at least. Lithium is best.

We used a Biolite Cookstove (woodstove) thus never had to refuel (https://eu.bioliteenergy.com/products/cookstove ). The battery provides some air to make the fire burn better which allow you to cook quickly. Battery life is long since I only used the lowest setting which was more than enough. You can also take it in your main luggage although you can expect that customs will check your luggage (as happened in my case but they let me go with it). I do not recommend MSR Whisperlite since it seems impossible to find clean fuel in Croatia (believe me I tried hard and called several shops).
Wood gives you total freedom. Be careful with fire risk of course although the system is really safe.
If you prefer gas anyway it's very doable. Check that you find the refills you need.

Make sure you have a rather long rope (4-5 m) and a bottle to grab water in cisterns as buckets with ropes are not always available. You will be walking in karst moutains thus water is not freely available. You need to rely on cisterns and need to carry something to purify the water. I used an MSR waterpump (link to MSR waterpump) which is a bit on the heavy side but gives good water quality (with a good taste!).

Updated information about mountain huts in the Balkans: https://www.mountain-huts.net/ (use google translate to get info about huts). Some are really nice and are worth planning for! A few useful highlights about huts on the northern Croatian section: 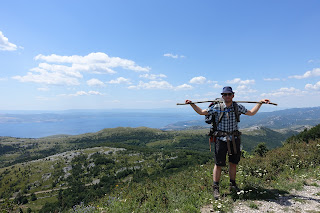 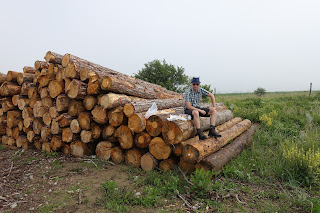 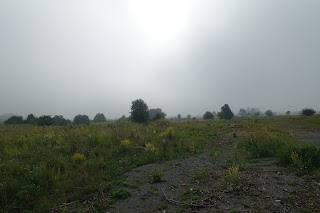 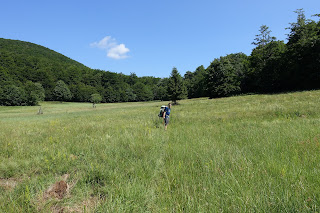 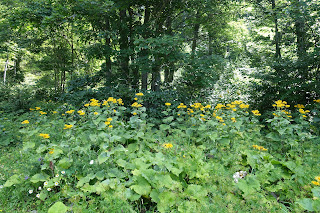 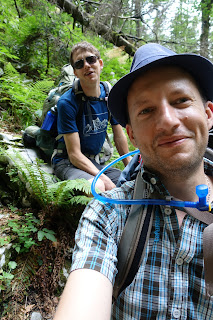 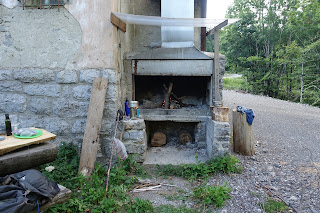 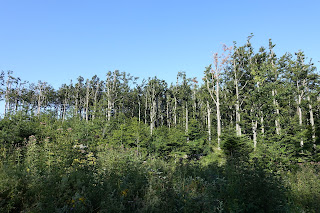 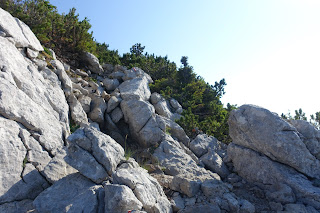 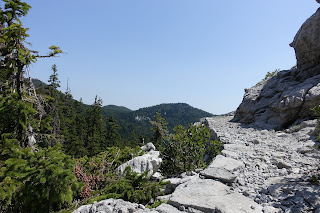 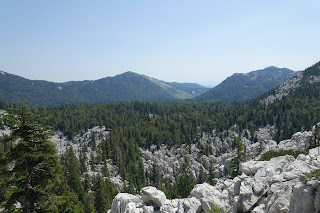